The Climate of the Bitchu Area

Our Brewery is located in Nariwa-cho, Takahshi-city. Nariwa-cho is situated in the Bitchu area, (The mid-western part of Okayama prefecture) which is in a mountain range called Kibi-Kogen. The area, surrounded by these mountains is famous for its outstanding natural beauty. The Nariwa River runs gently through the middle of the village, before joining the Takahashi River which is one of the three largest rivers in Okayama prefecture. Nariwa-cho is a village having many historic sites, where historical and traditional practices live on. For example, we hold a firework festival which has a long honored tradition of over 300 years. Also we have Bitchu Kagura (Shinto music and dances) which has been designated as one of Japan’s Intangible Cultural Properties. The area, with its fossils and earth is a Mecca for both paleontologists and geologists alike. The remains of the old prosperous village are still evident today, a place that flourished thanks to the Bengara (red iron oxide) trade. The signal to commence the making of Sake is when the clouds begin to flow down the mountainsides. 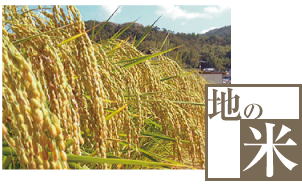 Okayama prefecture is blessed with a moderate climate and filled with nature, assuring a stable harvest of high quality rice. The prefecture produces more than ninety percent of the national production of “Omachi,” our local specialty, which is a high quality rice brand well-suited for sake making. Our sake uses carefully inspected Omachi as well as Okayama-made “Yamadanishiki” and “Asahi-mai,” which is good not only for daily meals but also as sake rice. Furthermore, our pursuit for better sake rice led us to revitalize “Mikinishiki,” a ‘heritage’ sake rice brand, and also the rice called “Shiragiku,” the same brand name as our sake.

There is a great limestone plateau extending around the upper reaches of the Nariwa River, a branch of the Takahashi River. The subterranean water flows from this plateau in abundance. This crystal-clear water contains a well-balanced combination of minerals required for sake making. We draw this water through the company-owned well to make it available for sake brewery use from the initial preparation stage. 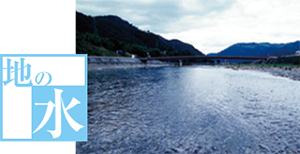 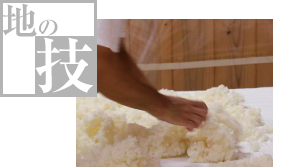 The History of Our Brewery

The Founding of Our Brewery
Our first brewery was founded in the 19th year of the Meiji era (1886) by Watanabe Hirotaro in Nariwa-son, Kawakami-gun, Bitchu-no-kuni and brewed ‘’Shiragiku’’ (‘White Chrysanthemum’ label), but we have heard that even before then our family had brewed sake in a different location in the same village. Unfortunately, owing to a shortage of records from this period it is impossible to prove, but as Nariwa was a regional trade hub and very busy with the traffic of flatboats we do know that it had three breweries and we could have been one of them. The visitors must have really enjoyed quenching their thirst! Time passed and in the 3rd year of the Showa era (1928) we added ‘Taiten’ to the front of our name since when ‘Taiten Shiragiku’ (Great Ceremony White Chrysanthemum) has become our brand name.

Moving Our Brewery
In the 25th year of the Showa era (1950) we re-organised our brewery as ‘Watanabe Shuzo Honten’ and until the 46th year of the Showa era (1971) we continued to brew in two breweries, called respectively ‘Meiji-gura’ and ‘Ebisu-gura’ but tragically the following year we lost both breweries to an unprecedented flood caused by torrential rains which flooded all of Nariwa-cho. This catastrophe made both of the breweries unusable, so it was decided to move a brewery to our present location in the Hina area to enable brewing to start again as quickly as possible. The following year (the 48th year of the Showa era: 1973), the fully appointed new brewery was built. At the same time we were amalgamated, re-organised and re-launched as ‘Nariwa Ozeki Shuzo Co., Ltd.’.

From’ Nariwa Ozeki Shuzo’ to ‘Shiragiku Shuzo’
In April of the 19th year of the Heisei era (2007) we changed our company name to ‘Shiragiku Shuzo Co., Ltd.’ 120 years after our founding. During the first period of our brewing, from the Meiji era until 1973, when we had to move the brewery, and then afterwards, we had to surmount many obstacles; now we will continue to perfect our Japanese Liquor ‘Taiten Shiragiku’ the local sake of Bitchu Okayama, so that as to be able to present delectable sake to everyone. We will keep the authentic traditional techniques of the Bitchu Toji (Master Brewers) while incorporating any innovations and state of the art techniques and equipment; our goal is to arrive at the ideal method for brewing our Sake, incorporating all that is best in both the traditional and modern. 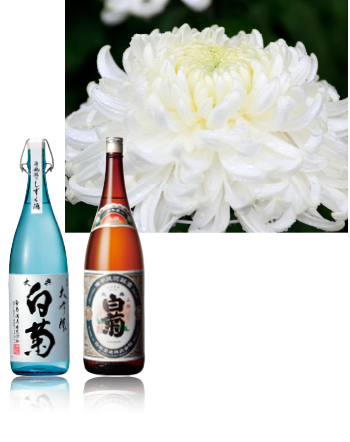 It was named after a flower called “Shiragiku,” a typical Japanese autumn flower. When sake ripens in autumn, the flowers Shiragiku are also in full bloom. “Taiten” was prefixed to the name of the sake to celebrate its winning of an honor prize at a national competition in the year of the enthronement ceremony of Emperor Showa (Showa no Gotaiten).

Okayama prefecture is blessed with a moderate kind climate facilitating the growth of high quality rice. Also, as it faces the Seto inland sea people are doubly blessed with access to both sea products and produce from the Kibi-Kogen mountains. These favorable conditions have made the people’s lives prosperous and comfortable. Sake which is made under such conditions is mild, having a distinct full flavored umami and sweetness of the rice which is called ‘Umakuchi,’ and is much appreciated by people. Our brewery maintains this ‘Umakuchi’ and also produces a well balanced Sake with a good sharpness. We have been concentrating on rice, and apart from focusing on Okayama grown sake-rice we are also using our original ‘Heritage’ rice and organic rice as well. We use pure brewing water and the traditional techniques of our brew-masters. Our Sake is brewed with gratitude to our good fortune of having been blessed with the ideal conditions for making Okayama Sake.